Around the age of 14, my sleepiness was developing, but I also started to notice muscle weakness when laughing. In the beginning, like with the sleep, I did not pay much attention to it and not knowing any different I started thinking that it was just normal to feel weak when you laugh. These symptoms soon progressed and started to be more severe. I disliked these sudden onsets of paralysis and not being able to do anything about them.

Laughing is my weakness

My first memory of a cataplexy attack happened in our family kitchen. My father likes to joke around, and as kids, we were always laughing but for some reason, and seemingly all of a sudden I could not stand upright throughout the funny things or stories he was telling. My legs would lose power, and my knees would buckle sending me to an awkward squatting position. The cataplexy probably progressed gradually, but I remember this particular incident the most because right at that time I knew that this was not normal. I also noticed that if I held a glass in my hand during the punchlines of my fathers jokes, or even mine, I would lose strength and my glass would drop a few centimetres. I started to feel like I needed support during those moments and when I knew something funny was coming, I would find a place to lean on or sit down. With time I figured out that I could laugh at various funny things. It was a specific type of funny that triggered the most extreme cataplexy attacks, the jokes that would hit my particular sense of humour. In many such situations, I felt a weakness only in the muscles in my face and neck and sometimes in my hands. My head would nod a little, and sometimes I could not hold my facial expression. Cataplexy in other situations was not common, but there was one incident that sits with me to this day.

I was living in the same house I mentioned before, the one where I first started to have symptoms. I was running a bath, filling the tub up with water and adding bubble mixture. During previous baths, I had noticed that the shower hose was a bit worn, but I paid it no mind. This time, however, after turning the water off I saw a big bubble at the other end of the bathtub, where the hose connected to the tap. Thinking this was just a giant bubble from my bubble bath I reached over to pop the bubble with my finger, but when I touched it, it felt firm. I was so surprised that I almost collapsed, and for this split second my body felt somehow empty. I looked at the bubble, but it had disappeared. During the next bath, I saw a bubble form again. After a closer look, I saw that the water had been building up inside the outer layer of the hose, forming the bubble that soon disappeared once the water pressure dropped again. This was my first memory of a cataplexy attack triggered by surprise.

Because emotions trigger cataplexy, I automatically started to repress emotions and laughing to the fullest. I disconnect from the emotional thrill of laughing because there it is either laugh and collapse to the floor or not laugh and stay upright. Of course, it is not healthy for a person to repress emotions, but somehow this happened unconsciously, like a built-in protective mechanism, maybe because collapsing can cause injuries and be socially awkward or embarrassing. Many times I had mild cataplexy attacks and no one around me would notice. The stronger attacks cannot be hidden.

Today, in general, I try not to repress emotions. In some situations, on the other hand, especially when I am the one telling the joke, I need to stop before the punchline, to find a place to sit down. Then, after sitting down and my muscle weakness peaks are over, I try to finish telling the joke. 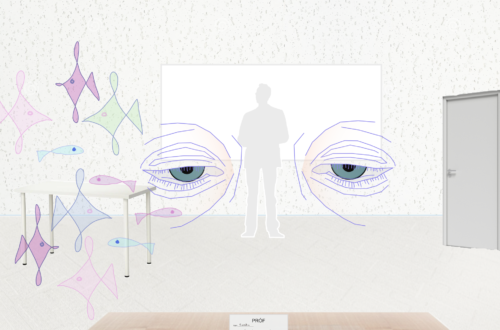 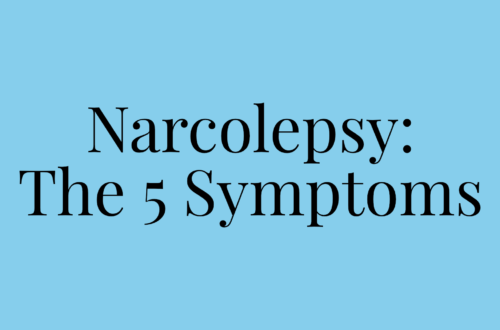 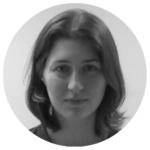